Visual and Audio delights of D*A*M and other such noise makers.

Yep, I've been at the cow bell software again…
Demo of the mighty Bug Bear Violet Ram's Head fuzz box from Monolith Fuzz. Here's what the Bug Bear looks like for those of you who missed the thread (pictured next to a Korg Mr Multi, which also found its way onto this track): 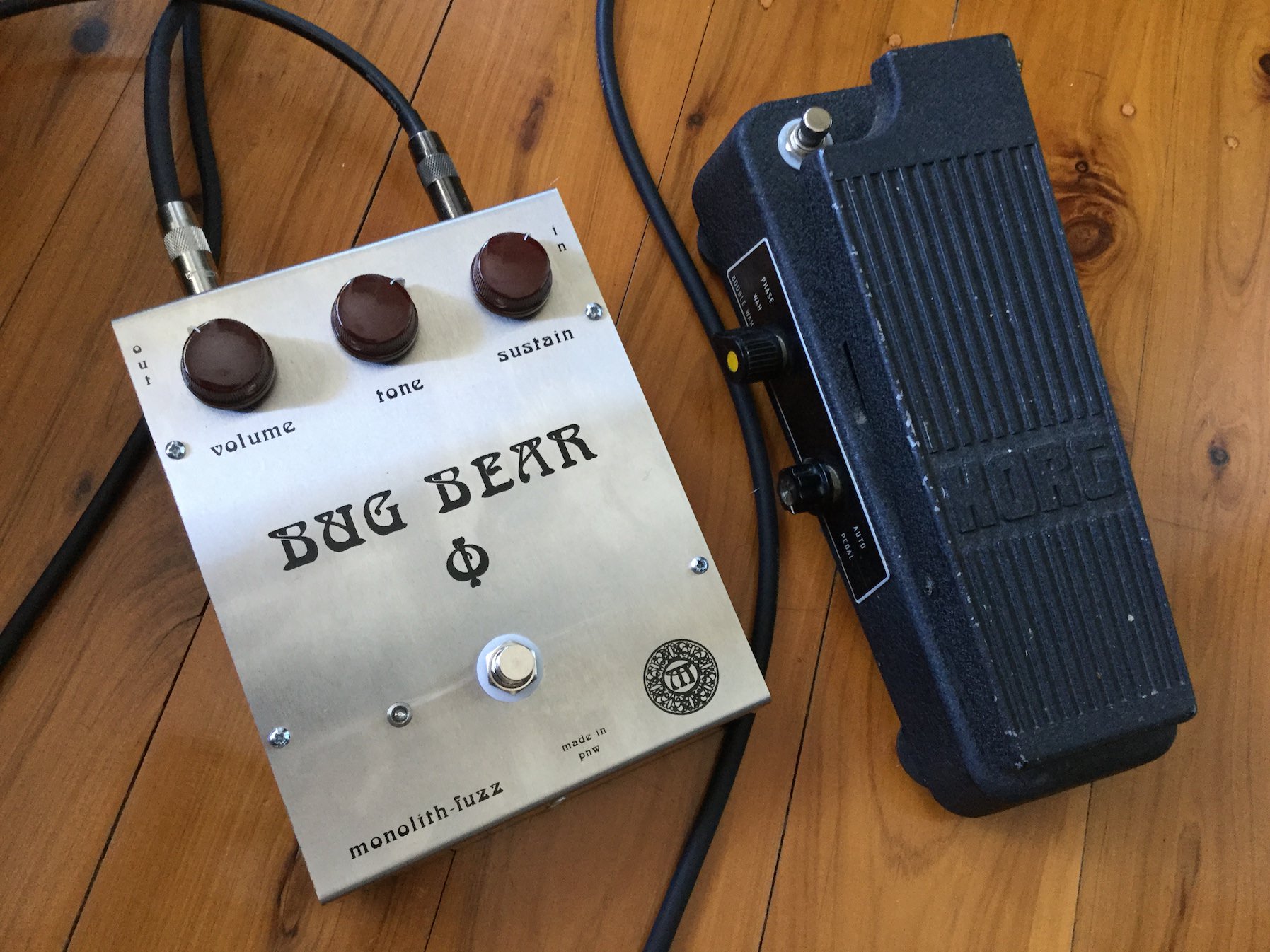 It is beastly in every way.
Track is a cover of a righteous 1974 instrumental called "Paper Man" by a band called Jade.
Recording setup was guitar> Bug Bear> amp> Rode M1 mic> Garage Band. There are six guitar tracks (although one of them is only four notes). Every track uses the Bug Bear. Used two guitars, my aluminium Harvester and a Firebird, and two amps, a VibroChamp and a Da Vinci/Magnatone 413. I also used the Mr Multi (phaser/wah) as a filter on one of the tracks (with the Firebird), an Endangered Audio Research AD4096 delay (again with the Firebird, for the solo at the end where I needed all the fret access I could get) and an old DeArmond volume pedal (for those four notes in the middle). The Harvester went into the Champ and the Firebird went into the Da Vinci. There's also a little amp vibrato on the final solo with the delay. I think that's everything…

Anyway, it's a fucking great Muff.

Great demo, thanks for posting this!
Top

monolithfuzz wrote:Is that Mister Multi the wah / filter I'm hearing come in at at around 0:56?

The Mr Multi is on for pretty much the whole track on that guitar (Firebird, panned to the left, running through the Da Vinci amp). Comes on right after the intro, around 20 seconds in. It's on the Double Wah setting (wah plus phaser), used as a cocked wah/parked filter until the chorus bits when I started working the treadle a little. Then I just park it again.

Everybody needs a Mr Multi - really great, versatile filter that you can use as an auto-wah as well. If you ever see one, buy it!

^ Thanks, redeye!
Having spent a little more time with the Bug Bear I have to say I'm even more impressed. It's just a fantastically built and voiced Muff. The tone stack is super impressive - very usable all the way through, although I'm particularly found of the 10 o'clock to 4 o'clock range. Works great with a wah in front of it, too.
I like it so much I have to stop myself from pulling the trigger on one of the remaining Triangle Bug Bears every minute of every day.

~Actually I think Art lies in both directions - the broad strokes, big picture but on the other hand the minute examination of the apparently mundane. Seeing the whole world in a grain of sand, that kind of thing~ Peter Hammill
Top
Post Reply
8 posts • Page 1 of 1

Users browsing this forum: No registered users and 1 guest